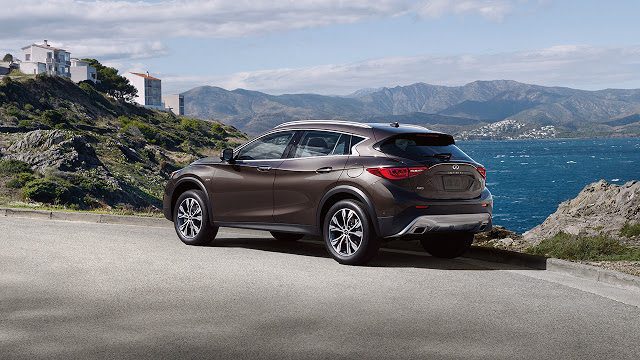 The Infiniti QX30 was the best-selling subcompact luxury crossover in America in February 2017, surging to a seven-month high of 2414 sales and besting surging competitors, including the Mercedes-Benz GLA on which the Infiniti is based.

Collectively, the QX30 and its three rivals nearly doubled their volume, rising 94% to 7761 units, not an insignificant sum.

One size class up the ladder, the Acura RDX-led compact luxury SUV/crossover jumped 12% in February 2017, outpacing the SUV/crossover market at large. RDX rivals – Audi Q5, BMW X3, Lincoln MKC – are all growing at a faster rate, though RDX volume is up 5% so far this year.

The still-fresh Volvo XC90 has faced rapidly declining volume as supply diminishes. Volvo plans to have more XC90s by summer. The Audi Q7, a prime XC90 competitor, continues to produce huge year-over-year U.S. sales gains. Q7 sales jumped 50% in February 2017 to 2477 units. That’s well back of the Acura MDX and BMW X5 but well ahead of the 899-unit February average Audi produced over the last seven years.