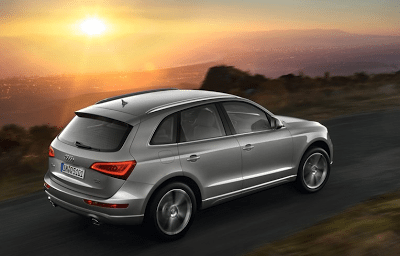 Sales of the nine small premium brand utility vehicles on sale in America posted a September 2013 decline of 7.5% in an overall market which slid 4.4%. The daily selling rate for these nine crossovers actually increased 0.6%, as September possessed two fewer selling days than September 2012.

The RDX isn’t comparable to the Land Rover brand, of course. But its popularity certainly draws attention to the Acura brand, which generates 28% of its sales with the RDX and another 29% with the MDX.

Meanwhile, 74% of the vehicles sold in the United States by Tata’s two brands – Jaguar and Land Rover – are indeed sold by Land Rover. Range Rover Evoque sales shot up 26% in September and rose 31% through the first three quarters of 2013. The best-selling Q5, which has a base price of $37,300 – an 11% discount off the Evoque’s sticker – was up 45% in September. RDX sales have risen 69%.

America’s top-selling premium brand utility vehicle is the Lexus RX, sales of which rose 8% to 7601 units in September.