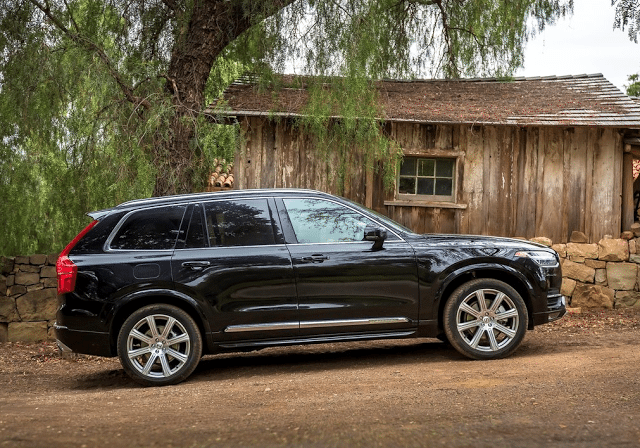 U.S. Volvo XC90 sales in October 2015 increased to the highest level achieved by the nameplate since December 2007.

With 2565 copies of the XC90 sold in America in October 2015, Volvo’s flagship was the brand’s top-selling model and accounted for more than one-third of the brand’s sales.

Although this doesn’t place the XC90 back in the upper ranks of the three-row luxury SUV ranks, the XC90 was not the forgotten elder in October that it had been for years. The first XC90 launched in 2002 and lingered through the early part of 2015.

medianet_width=’468′; medianet_height= ’60’; medianet_crid=’481536334′;
The Acura MDX, BMW X5, Mercedes-Benz GLE, and Infiniti QX60 all outsold the Volvo by wide margins in October 2015, but the XC90 outsold the recently refreshed Lexus GX by 342 units, the new Audi Q7 by 459 units, and the Range Rover Sport by 659 units. Even the more affordable Lincoln MKX, a former Ford Premiere Automotive Group cousin of the first XC90 and newly launched as the next most important model for Lincoln, trailed the XC90 by 376 units.

The XC90 thus made a story for itself in October, but small luxury SUVs continue to steal much of the limelight. Nine different small utility vehicles from premium brands posted double-digit gains in October 2015, including a quintupling in sales from the Infiniti QX50 – newly stretched – and an 88% BMW X3 uptick.