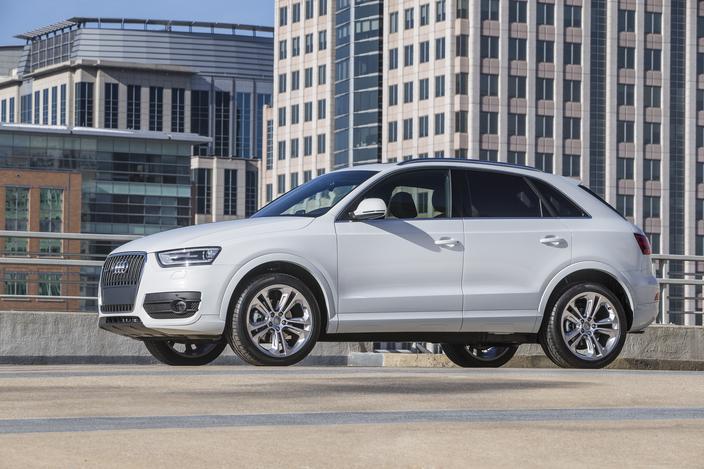 News today that Audi will soon bring the Q3 to North America comes on the heels of 2013’s small luxury crossover sales results, results which show the increasing strength of the Audi Q5. Sales of the Q5 have grown every year since it went on sale in 2009.

Over at Acura, where the RDX sells more frequently than the Q5, BMW X3, or Mercedes-Benz GLK, sales of the brand’s smallest crossover jumped 52% in 2013.

Sales in 2013 were the best yet for the RDX and the fourth consecutive year in which RDX volume has increased.

The segment’s third-best-selling Mercedes-Benz GLK – now available with a diesel engine – rose for the third consecutive year to the highest level yet.

The Audi Q5 outsells all other Audis (if the Allroad is excluded from the A4 family), but when it comes to Acura, Mercedes-Benz, and BMW, the top-selling utility vehicles aren’t the smallest. Acura MDX volume was up 49% in the fourth quarter of 2013. Mercedes-Benz M-Class sales in the second half of 2013 jumped 26%. And while BMW X5 sales fell to their lowest level in three years, the X5 still outsold BMW’s three other X models.

At Lexus, where a sub-RX model (hopefully not) based on the LF-NX Concept has yet to reach dealers, the RX was once again the best-selling premium brand utility vehicle in 2013. (The RX was also America’s 14th-best-selling SUV/crossover overall.) Cadillac’s second-ranked SRX trailed the Lexus RX, which brings in 38% of Lexus’s U.S. volume, by 47,144 sales in 2013, the RX’s best sales year since 2006.