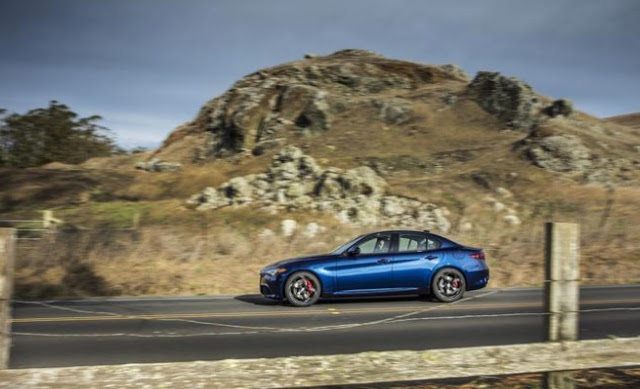 A few rungs down the ladder, Audi USA continues report improved A4 numbers. The A4, one of the freshest members of the affordable luxury sedan crowd, has seen its sales rise 25% through the first-quarter of 2017. Total A4 sales have risen in each of the last nine months.

March was also, by a wide margin, the best month yet for U.S. sales of the Jaguar XE, the long-awaited successor to the Jaguar X-Type. 1336 XE sedans were sold in March 2017, up 44% from the monthly average achieved by the XE over the last half-year.

Alfa Romeo is also seeing sales of its new luxury car climb, albeit at a slower rate and in a narrower niche. 484 Giulias were sold in the U.S. in March 2017, up from 412 in February.

Source: Automakers & ANDC
* vehicle also displayed in another GCBC segment breakdown
^ A4 includes Allroad, without which A4 sales were +20% to 3876 in March; +25% to 7990 YTD.
GCBC isn’t here to break down segments, an impossible task for any group, but to display sales data for the sake of comparison. The more ways sales data can be displayed, the better. This explains why you’ll see the Acura ILX here but also with mainstream cars like the Buick Verano, too, and the Audi A5 is also displayed with coupes and convertibles… because readers have wanted it both ways. Hyundai USA, not GoodCarBadCar, chooses to combine sales figures for the Genesis sedan and Genesis Coupe, forcing us to include the Genesis with volume-brand cars on pricing grounds before we even get to the “brand status” issue. The K900, Equus, and XTS are here not because of their size but because of their price points, their lack of direct comparability with the Mercedes-Benz S-Class. You can always find the sales results for EVERY vehicle and form your own competitive sets by using the All Vehicle Rankings posts.