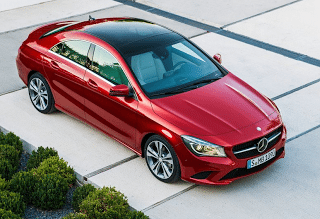 The Mercedes-Benz C-Class, Audi A4, Cadillac ATS, Infiniti G sedan, Infiniti Q50, Lexus IS, and the BMW 3-Series (and 4-Series, sales figures for which BMW USA is currently including in the 3er’s total) gathered up 28,798 U.S. buyers in September 2013.

After falling in each of the first four months of this year, sales of the 3-Series, America’s best-selling premium brand vehicle, have risen 41.5% over the last five months. 49,023 3-Series (and now 4-Series) sedans, coupes, convertibles, and wagons have been sold in the United States since the beginning of May 2013. Its only competitor to have exceeded that total in nine months is the Mercedes-Benz C-Class.

Sales of the C-Class fell 19% in September 2013, however. Yes, sales of new vehicles in general were down last month, but the C-Class may struggle to post more year-over-year increases in the near future.

Competition, in the form of Mercedes-Benz’s own CLA250 and upcoming CLA45 AMG, sits right beside the C-Class in Mercedes’ showrooms. The CLA250 starts at $29,900.

Mercedes-Benz sold 2310 CLAs in September, the nameplate’s first month on the U.S. market.

Source: Manufacturers & ANDC
* vehicle also displayed in another GCBC segment breakdown
^ A4 includes Allroad, without which A4 sales grew 28.8% to 3357 in September, 2.3% to 26,992 through three quarters of 2013.
^ Combined, the new Q50 and the outgoing G sedan were up 47.6% to 4144 units in September, down 13.8% to 30,844 through the first three quarters of 2013.
GCBC isn’t here to break down segments, an impossible task for any group, but to display sales data for the sake of comparison. The more ways sales data can be displayed, the better, right? This explains why you’ll see the Acura ILX here but also with mainstream cars like the Buick Verano, too, and the Audi A5 is also displayed with coupes and convertibles… because readers have wanted it both ways. You can always find the sales results for EVERY vehicle and form your own competitive sets by using the All Vehicle Rankings posts.