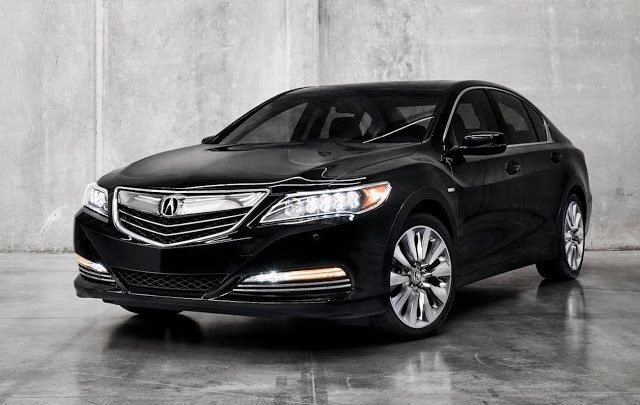 The overall U.S. auto industry’s sharp 6% year-over-year decline in October 2016 hid within its shadow a 10% drop in passenger car sales. And inside that passenger car market were many declines far worse than that, particularly in the luxury sector.

But it was at Acura, where 7783 passenger cars were sold in October 2015, that the measured decline was sharpest.

Acura car sales fell 50%, chopping volume in half to 3873 units. From the entry-level ILX’s 46% drop to the most popular TLX’s 53% decrease to the flagship RLX’s 35% slide, Acura car sales were down. Down. And down.

Of course, the NSX supercar contributed additional sales. It wasn’t on sale at this time last year. But the 67 extra units brought in by the Ohio-built hybrid sports car paled in comparison to the 3063-unit drop reported by the TLX alone.

Source: Automakers & ANDC
* vehicle also displayed in another GCBC segment breakdown
^ A4 includes Allroad, without which A4 sales were up 33.4% to 3864 in October; up 17.6% to 27,535 YTD.
GCBC isn’t here to break down segments, an impossible task for any group, but to display sales data for the sake of comparison. The more ways sales data can be displayed, the better. This explains why you’ll see the Acura ILX here but also with mainstream cars like the Buick Verano, too, and the Audi A5 is also displayed with coupes and convertibles… because readers have wanted it both ways. Hyundai USA, not GoodCarBadCar, chooses to combine sales figures for the Genesis sedan and Genesis Coupe, forcing us to include the Genesis with volume-brand cars on pricing grounds before we even get to the “brand status” issue. The K900, Equus, and XTS are here not because of their size but because of their price points, their lack of direct comparability with the Mercedes-Benz S-Class. You can always find the sales results for EVERY vehicle and form your own competitive sets by using the All Vehicle Rankings posts.