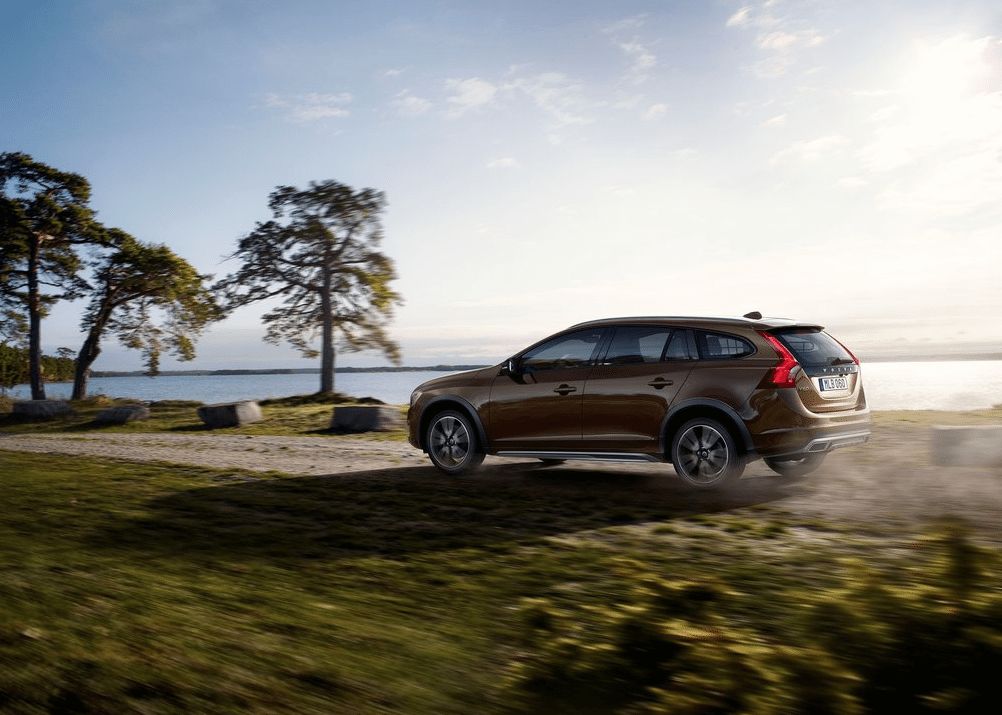 BMW USA sold 3.4 copies of the 3-Series and 4-Series in October 2014 for every Volvo. Yes, before other BMWs are even taken into account – including the 5-Series which also outsold the whole Volvo brand – the 3-Series and its 4-Series offshoot tell us something about Volvo’s lackluster U.S. volume.

We’ve delved into Volvo’s doldrums before, most recently over at TTAC, where we discussed the importance of the new, second-gen XC90. But now Volvo’s showing us its true modern colours, having just displayed images of the upcoming V60 Cross Country. Surely it will eventually do more than just act as a V60 addendum by completely replacing that car in North America, just as the XC70 kicked the V70 to the curb.

The V60 looks a treat, and the V60’s cladding and ride height give it that Subaru Outback flare Americans have taken to with such fervour. But we are still discussing a wagon that’s dimensionally quite hatchback-like, a car which has not proven successful at winning converts in North America despite GCBC’s frank approval.

Only 326 V60s were sold in the United States in October 2014, its lowest-volume month since the car arrived in January of this year. Incidentally, the S60’s 1127-unit October performance was its lowest-volume U.S. sales month since January 2011 when the current generation of S60 was just getting underway.

Whether you blame pricing or image or dealer locations or dealer inventory, it’s abundantly obvious that Volvo cars are increasingly rare. Even if the new XC90 saves the brand in North America, it’s hard to believe the cars will become suddenly popular. Unless, of course, the V60 Cross Country turns the V60 into a “wagon” SUV pretenders can tolerate.

Source: Automakers & ANDC
* vehicle also displayed in another GCBC segment breakdown
^ BMW USA, not GCBC, has decided to combine sales figures for the 3-Series and 4-Series, the 1-Series and 2-Series. Acura has done the same with the new RLX and old RL.
^ A4 includes Allroad, without which A4 sales were down 25% to 2268 in October; down 6% to 28,097 YTD.
^ Jointly, Q50 and G sedan sales were up 5% to 4222 in October; up 21% to 42,294 YTD. Total G, Q60, Q50 sales were up 1% to 4718 in October; up 11% to 48,548 YTD.
GCBC isn’t here to break down segments, an impossible task for any group, but to display sales data for the sake of comparison. The more ways sales data can be displayed, the better. This explains why you’ll see the Acura ILX here but also with mainstream cars like the Buick Verano, too, and the Audi A5 is also displayed with coupes and convertibles… because readers have wanted it both ways. Hyundai USA, not GoodCarBadCar, chooses to combine sales figures for the Genesis sedan and Genesis Coupe, forcing us to include the Genesis with volume-brand cars on pricing grounds before we even get to the “brand status” issue. The K900, Equus, and XTS are here not because of their size but because of their price points, their lack of direct comparability with the Mercedes-Benz S-Class. You can always find the sales results for EVERY vehicle and form your own competitive sets by using the All Vehicle Rankings posts.