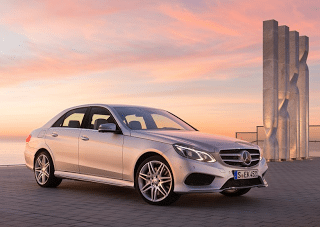 Of course, Audi dealers in America don’t really have any A3s to sell. The A3 sedan arrives in a few months with a very attractive exterior, a nice array of features, and, obviously, the Audi badge.

In the meantime, buyers looking for affordable Audis choose the A4 or, more often, the Q5. For every A4, Allroad, and A5 sold in America last month, BMW sold 2.4 copies of the 3-Series/4-Series duo.

Between the C-Class and new CLA, Mercedes-Benz didn’t find quite as many entry-level luxury buyers as BMW did with the 3-Series and 4-Series, and that doesn’t take into account BMW’s 588 1-Series buyers. Combined, the C-Class and CLA-Class generated 11,443 sales in October.

The CLA’s presence may adversely affect the C-Class, which was down 14% in October after falling 19% in September, the CLA’s first month of availability. But Mercedes-Benz is still selling more cars with their lineup expansion. Total C-Class/CLA-Class sales were 50% stronger than what Mercedes-Benz managed a year ago with the C-Class.

You can click any model name in the tables below to find historical monthly and yearly U.S. auto sales data. You can also select a make and model at GCBC’s Sales Stats page. These tables are now sortable, so you can rank small and midsize luxury cars any which way you like. Suggestions on how GCBC should break down segments can be passed on through the Contact page. The + icon has been removed from year-over-year improvements. Look for red font to designate year-over-year declines. Although BMW Canada began reporting sales of the 4-Series and 3-Series separately in October, BMW USA has yet to do so.