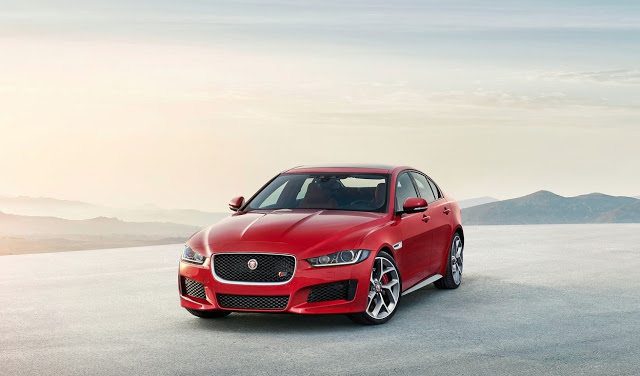 Small And Midsize Luxury Car Sales In America – May 2016 YTD

Part of the reason for all the red font you see below was the shorter nature of the auto sales calendar in May 2016. Compared with May 2015, there were two fewer selling days in May 2016, which didn’t begin until May 3, 2016.

This means that cars which showed volume declines of less than 7.7% – Audi A4, Mercedes-Benz C-Class, Lexus GS, Lincoln MKZ – actually sold more often on an average sales day in May 2016 than at this point in 2015.

But the American car buying populace is steadily rejecting traditional premium cars in favour of their SUV brethren. Through the first five months of 2016, for instance, BMW’s 3-Series volume is down by an astonishing 27%, but BMW X3 volume is up 45%. The 3-Series’ loss of 9748 sales through five months – and lost sales in May – are partially made up for in BMW showrooms by the X3’s 4946 additional sales, including 720 additional sales in May.
medianet_width=’300′; medianet_height= ‘250’; medianet_crid=’717379412′;

May 2016 also welcomed the arrival of an all-new 3-Series rival. The new Jaguar XE is the long-awaited successor to the Ford Mondeo-related Jaguar X-Type, a car which wasn’t terribly well received prior to the final copies finding customers in 2009.

Jaguar sold 33,000 X-Types in America in 2002. In 2016, that kind of sales pace would make the XE less popular than the Acura TLX, BMW 3-Series, BMW 4-Series, Infiniti Q50, Lexus IS, and Mercedes-Benz C-Class but more popular than any Audi car as well as the Cadillac ATS, Mercedes-Benz CLA, and Volvo S60.

Source: Automakers & ANDC
* vehicle also displayed in another GCBC segment breakdown
^ A4 includes Allroad, without which A4 sales were down 1% to 2756 in May; up 13% to 12,117 YTD.
GCBC isn’t here to break down segments, an impossible task for any group, but to display sales data for the sake of comparison. The more ways sales data can be displayed, the better. This explains why you’ll see the Acura ILX here but also with mainstream cars like the Buick Verano, too, and the Audi A5 is also displayed with coupes and convertibles… because readers have wanted it both ways. Hyundai USA, not GoodCarBadCar, chooses to combine sales figures for the Genesis sedan and Genesis Coupe, forcing us to include the Genesis with volume-brand cars on pricing grounds before we even get to the “brand status” issue. The K900, Equus, and XTS are here not because of their size but because of their price points, their lack of direct comparability with the Mercedes-Benz S-Class. You can always find the sales results for EVERY vehicle and form your own competitive sets by using the All Vehicle Rankings posts.