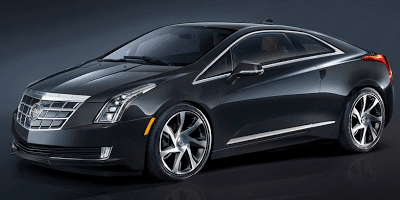 June was the Cadillac ATS’s second-best month so far. Lost in the disparaging remarks so many want to cast upon General Motors is the fact that the ATS sedan is easily outselling the Audi A4 sedan and A4 Allroad, and not just by a hair.

No, the A4 isn’t the most popular car in its class. (To challenge the best-selling 3-Series, on volume terms, would be to unseat the Jordan-led Bulls in the early 90s.) The incentivized ATS isn’t selling as well as it maybe could have, but it’s not at the bottom of the pack, either, outselling as it did in June all but six premium brand cars.

Perhaps more people would be buying the ATS if they didn’t know they could wait for the ELR. Who knows?

You can click any model name in the tables below to find historical monthly and yearly U.S. sales data. You can also select a make and model at GCBC’s Sales Stats page. These tables are now sortable, so you can rank luxury cars any which way you like. Suggestions on how GCBC should break down segments can be passed on through the Contact page.

Source: Automakers & ANDC
* vehicle also displayed in another GCBC segment breakdown
GCBC isn’t here to break down segments, an impossible task for any group, but to display sales data for the sake of comparison. The more ways sales data can be displayed, the better, right? This explains why you’ll see the Acura ILX here but also with mainstream cars like the Buick Verano, too, and the Audi A5 is also displayed with coupes and convertibles… because readers have wanted it both ways. You can always find the sales results for EVERY vehicle and form your own competitive sets by using the All Vehicle Rankings posts. In July’s results, the CLS-Class will be also be shown with the large luxury set on pricing grounds.