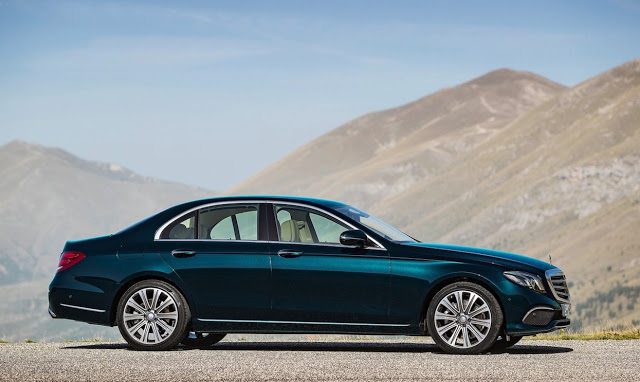 Increasing availability of a new generation of the Mercedes-Benz E-Class, the standard bearer of the luxury car establishment, led to a 41% year-over-year uptick in sales of the class-leading middle-rung Benz. February 2017 U.S. sales of the E-Class jumped to 3340 units.

Don’t be surprised to see a similar surge from the BMW 5-Series in the near future, as BMW launches a new generation of its E-Class fighter, perenially the second fiddle. The Audi A6 and Maserati Ghibli also posted February and year-to-date increases, though this is undeniably a segment in which consumers are quickly losing interest.

Among smaller, more affordable luxury cars, the Alfa Romeo Giulia and Jaguar XE remain predictably low-volume challengers early in their tenures. February was essentially the Alfa’s first true month of (admittedly still limited) availability. 8342 Jaguar XEs have been sold since May 2016, roughly the number of C-Class sedans and coupes sold by Mercedes-Benz every five weeks.

Source: Automakers & ANDC
* vehicle also displayed in another GCBC segment breakdown
^ A4 includes Allroad, without which A4 sales were up 30% to 2377 in February; up 31% to 4114 YTD.
GCBC isn’t here to break down segments, an impossible task for any group, but to display sales data for the sake of comparison. The more ways sales data can be displayed, the better. This explains why you’ll see the Acura ILX here but also with mainstream cars like the Buick Verano, too, and the Audi A5 is also displayed with coupes and convertibles… because readers have wanted it both ways. Hyundai USA, not GoodCarBadCar, chooses to combine sales figures for the Genesis sedan and Genesis Coupe, forcing us to include the Genesis with volume-brand cars on pricing grounds before we even get to the “brand status” issue. The K900, Equus, and XTS are here not because of their size but because of their price points, their lack of direct comparability with the Mercedes-Benz S-Class. You can always find the sales results for EVERY vehicle and form your own competitive sets by using the All Vehicle Rankings posts.