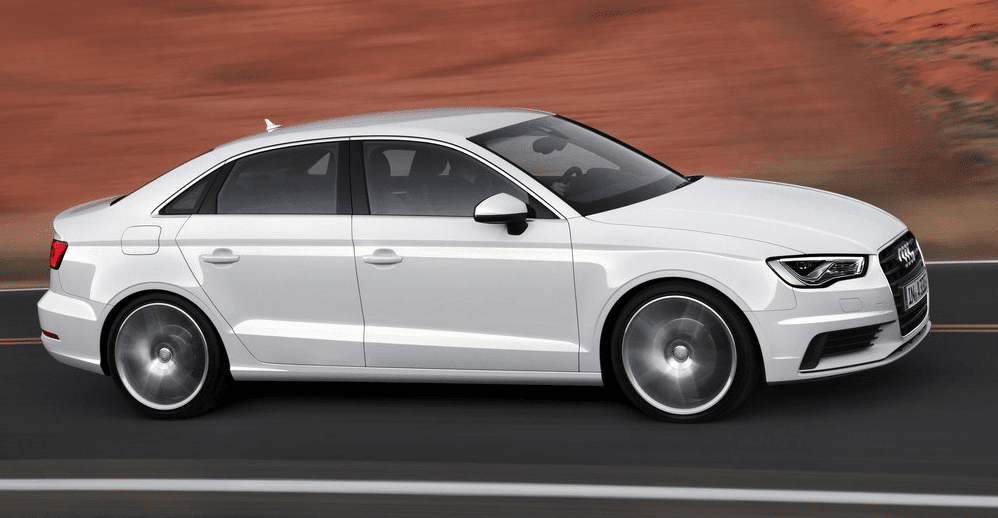 In February 2014, American car buyers once again made the BMW 3-Series and its 4-Series two-door sibling the best-selling luxury car range. Overall BMW car sales slid 1% in February, however, as the 1-Series/2-Series, 5-Series, 6-Series, 7-Series, and Z4 all declined.

Audi’s A3 is back. As a sedan. Audi has only sold 31 A3s in the last seven months, and zero in the last three months, as the A3 hatchback’s departure was not perfectly timed with the A3 sedan’s arrival. Some have said the new A3 makes the A4 a difficult purchase/lease to justify, others have found it quite small when considered against upmarket versions of volume-brand midsize cars.

We’re only talking about month number one, but Mercedes-Benz’s more established CLA sold on nearly four occasions for every A3 sold last month. Expect that gap to close dramatically before summer.

Even when combined, Audi’s bigger offerings, the A6 and A7, continue to lag well behind the class leaders, BMW’s 5-Series and Mercedes-Benz’s massive E-Class range. The E-Class, not even taking the CLS into account, was nearly twice as popular as the A6/A7 tandem in February, for example. Audi is increasingly the luxury brand to beat on a global stage, but its inability to sell passenger cars on a BMW/Benzesque fashion in the United States is noteworthy.

The Q5 crossover brings in more than a quarter of Audi’s sales. No utility vehicle at BMW or Benz is responsible for more than 15% of total brand sales.

Source: Automakers & ANDC
* vehicle also displayed in another GCBC segment breakdown
^ BMW USA, not GCBC, has decided to combine sales figures for the 3-Series and 4-Series, the 1-Series and 2-Series. Acura has done the same with the new RLX and old RL.
^ A4 includes Allroad, without which A4 sales were down 15.9% to 2216 in February.
^ Combined, the new Q50 and the outgoing G were up 1.9% to 4613 in February. Jointly, Q50 and G sedan sales were up 14.5% to 4202, and the Q60 & G37 coupe/convertible were down 52.2% to 411.
GCBC isn’t here to break down segments, an impossible task for any group, but to display sales data for the sake of comparison. The more ways sales data can be displayed, the better, right? This explains why you’ll see the Acura ILX here but also with mainstream cars like the Buick Verano, too, and the Audi A5 is also displayed with coupes and convertibles… because readers have wanted it both ways. You can always find the sales results for EVERY vehicle and form your own competitive sets by using the All Vehicle Rankings posts.