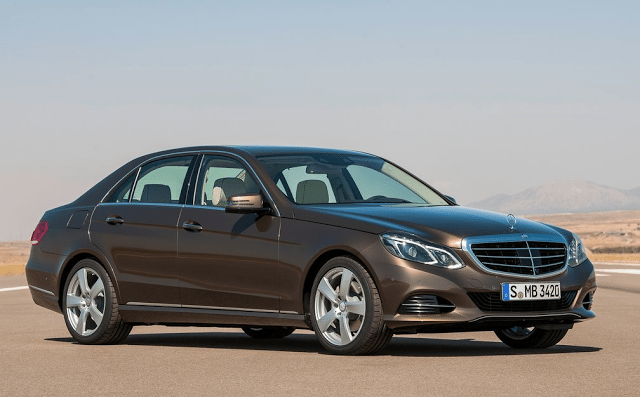 There are, in most cases, two reasons U.S. sales of many high-profile luxury cars posted severe year-over-year sales declines in calendar year 2015.

Consider the Mercedes-Benz E-Class as a prime example. U.S. sales of the E-Class tumbled by a quarter in 2015, falling by nearly 17,000 units to a sub-50K total since 2009, when U.S. auto sales were falling fast in the midst of a recession.

Reason #1 for the decline: the current E-Class has aged; consumers typically turn in large numbers to more recently redesigned models than to older models.

Reason #2: Legions of potential E-Class buyers aren’t potential E-Class buyers after all. At Mercedes-Benz, as the M-Class transitioned into the GLE-Class, combined sales of this alleged E-Class “equivalent” jumped 14% to 53,213 units in 2015. Not since 2008 has the M-Class even come close – and it didn’t, not quite – to catching the E-Class. But the tide has turned.

Why do we pay such attention to the E-Class? It’s a hugely popular luxury car, even now; Mercedes-Benz has finally revealed a new E-Class; and the E-Class is emblematic of a trend across the sector.

There were dramatic exceptions to the trend in 2015, of course. At the lower end, the Audi A3 is more popular than ever. Mercedes-Benz’s own new C-Class surged in 2015. Lower-volume nameplates like the Infiniti Q70, Lexus GS, and Volvo S80 managed measurable increases in 2015, as well.

But the E-Class, like America’s top-selling premium brand car from BMW, the 3-Series, is simply not selling nearly as well now as it once did. In the case of the E-Class, an all-new model may not change that fact in a market that’s increasingly less interested in conventional sedans.

Source: Automakers & ANDC
* vehicle also displayed in another GCBC segment breakdown
^ BMW USA, previously combined sales figures of the 3-Series and 4-Series but recently began splitting the pair. 2-Series figures continue to take old 1-Series sales into account.
^ A4 includes Allroad, without which A4 sales were down 1% to 3172 in December; down 15% to 29,013 in 2015.
GCBC isn’t here to break down segments, an impossible task for any group, but to display sales data for the sake of comparison. The more ways sales data can be displayed, the better. This explains why you’ll see the Acura ILX here but also with mainstream cars like the Buick Verano, too, and the Audi A5 is also displayed with coupes and convertibles… because readers have wanted it both ways. Hyundai USA, not GoodCarBadCar, chooses to combine sales figures for the Genesis sedan and Genesis Coupe, forcing us to include the Genesis with volume-brand cars on pricing grounds before we even get to the “brand status” issue. The K900, Equus, and XTS are here not because of their size but because of their price points, their lack of direct comparability with the Mercedes-Benz S-Class. You can always find the sales results for EVERY vehicle and form your own competitive sets by using the All Vehicle Rankings posts.