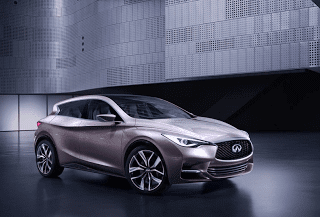 Strange as it may sound, most buyers of small sports sedans don’t buy a BMW 3-Series or Mercedes-Benz C-Class.

The 3-Series’ market share, if you care to tabulate this way – other cars may or may not be considered part of the category – ended August at 27%, an astounding figure for one nameplate. Ford’s F-Series was responsible for 35% of all truck sales in August 2013, for some perspective from another dominant vehicle.

Big gains last month were reported by, yes, the 3-Series, but also by the Lexus IS, Acura RLX, BMW’s own 5-Series, the Cadillac XTS, Hyundai Equus, Jaguar XF, and Mercedes-Benz E-Class.

5.8% of all new vehicles sold in the United States in August 2013 are represented in the accompanying chart and tables.

Source: Automakers & ANDC
* vehicle also displayed in another GCBC segment breakdown
^ A4 includes Allroad
^ Combined, the new Q50 and the outgoing G sedan are down 26.4% to 26,700 this year but rose 6.5% to 5454 in August. The G37 coupe and convertible and its renamed Q60 successor (same car) are down 22.3% to 7315 this year, falling 7.4% to 1054 in August. The Q50, Q60, and all G cars are down 19.7% to 34,015 this year but rose 3.9% to 6508 in August.
GCBC isn’t here to break down segments, an impossible task for any group, but to display sales data for the sake of comparison. The more ways sales data can be displayed, the better, right? This explains why you’ll see the Acura ILX here but also with mainstream cars like the Buick Verano, too, and the Audi A5 is also displayed with coupes and convertibles… because readers have wanted it both ways. You can always find the sales results for EVERY vehicle and form your own competitive sets by using the All Vehicle Rankings posts.