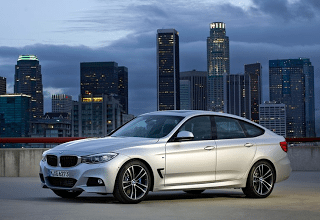 U.S. sales of the BMW 3-Series continued to decline on a year-over-year basis in April 2013, but it easily held off the Mercedes-Benz C-Class for top-selling luxury car honours. Through four months, the C-Class leads the 3-Series by 1352 units, down from 2250 units at the end of the first quarter.

Among more costly luxury cars, the Mercedes-Benz E-Class is 747 sales ahead of the next-best-selling BMW 5-Series. In a slightly different midsize luxury subset, the much less costly Lexus ES outsells the E-Class and 5-Series and finished 1110 sales ahead of the surging Lincoln MKZ in April.

Size and price don’t always establish competitive sets, however. That’s why we’ve thrown all the cars into one chart this month. There’s been some rearrangement aimed at simplifying the luxury cars post, simplification we hope to further shortly with a full rundown of luxury brand car sales. Flagship cars like the Mercedes-Benz S-Class are displayed here.

You can click any model name in the tables below to find historical monthly and yearly U.S. sales data. You can also select a make and model at GCBC’s Sales Stats page. These tables are now sortable, so you can rank U.S. small and midsize luxury cars any which way you like. Suggestions on how GCBC should break down segments can be passed on through the Contact page.

Source: Automakers & ANDC
* vehicle also displayed in another GCBC segment breakdown
GCBC isn’t here to break down segments, an impossible task for any group, but to display sales data for the sake of comparison. The more ways sales data can be displayed, the better, right? This explains why you’ll see the Acura ILX here but also with mainstream cars like the Buick Verano, too, and the Audi A5 is also displayed with coupes and convertibles and the vast Cadillac XTS is shown with large luxury cars, albeit separately… because readers have wanted it both ways. You can always find the sales results for EVERY vehicle and form your own competitive sets by using the All Vehicle Rankings posts.