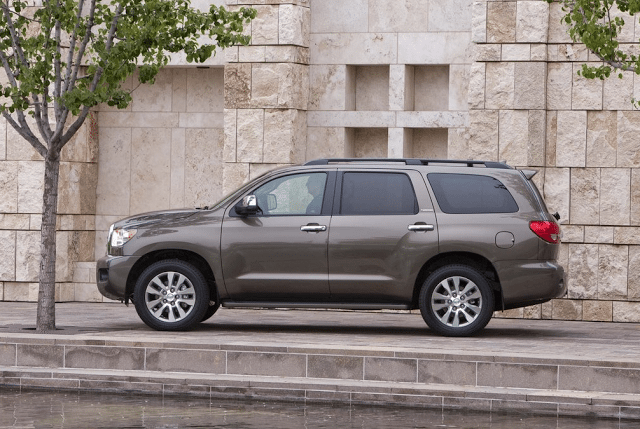 GM’s full-size volume brand SUVs haven’t been able to match last year’s outrageous launch pace, and as a result, the large SUV segment tumbled in May 2015, an 18% drop following up on April’s 13% decline.

The Chevrolet Suburban and Tahoe and their twins from GMC, the Yukon and Yukon XL, collectively slid 21% in May 2015, a drop of 4760 sales compared with May 2014.

Even factoring in the big gains achieved by the Cadillac Escalade and Escalade ESV – which were later to launch last year – GM’s group of six, profit-generating SUVs were down 19% in May 2015. The group is up 15% year-to-date, but much of that growth occurred in the early portion of the year, a period with which the comparisons were bound to appear more favourable.

In the end, because of the Ford Expedition’s rapid decline, the segment is turned on its head. Sales of the Detroit band of brothers fell sharply in May 2015; the Nissan Titan and Toyota Sequoia were boosted. Granted, those two U.S.-built, Japanese contenders earned only 11% of the category’s May volume.