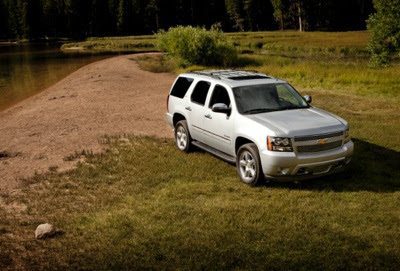 Leading the pack, as per the norm, is the Chevrolet Tahoe. Sales of the Tahoe have jumped 21% so far this year. Tahoe sales fell 14% last year after rising in each of the previous two years.

Trailing the pack is Toyota’s Sequoia, although the Sequoia – unlike the Chevy Suburban, Ford Expedition, and Nissan Armada – have risen this year.

You can click the name of any SUV in the table below to find historical monthly and yearly U.S. (and Canadian) sales data. You can also select a make and model at GCBC’s Sales Stats page. The table is now sortable, so you can rank U.S. large SUVs any which way you like. Suggestions on how GCBC should break down segments can be passed on through the Contact page.