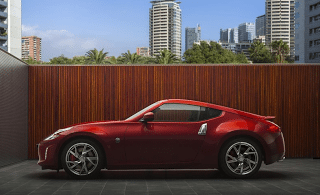 America’s automobile industry produced year-over-year gains of 14% in July 2013, yet during the same period, sales of full-size SUVs at Chevrolet, Ford, GMC, Nissan, and Toyota grew 17%. Year-over-year, the industry is up 8.4%; large SUV sales have grown 9.3%.

In July, the category’s four top sellers were all General Motors products. GM owned 80% of the market for large sport-utility vehicles, up from 75% in July 2012, up from 71% a month ago, when large SUV sales volume fell 16% to fewer than 19,000 units.

The Nissan Armada was the the lone vehicle in the category to post a year-over-year decline in July 2013. Its 19% drop worked out to a 257-unit loss. The Armada outsold the 370Z, Cube, and GT-R combined.

Including the Escalade, however, results in an additional 1105 “short”-wheelbase full-size SUV sales and 688 more from the Escalade ESV. And we’re still not including 182 Escalade EXT sales or 1496 Avalanches.

You can click any model name in the tables below to find historical monthly and yearly U.S. sales data. You can also select a make and model at GCBC’s Sales Stats page. This table is now sortable, so you can rank large SUVs any which way you like. Suggestions on how GCBC should break down segments can be passed on through the Contact page.