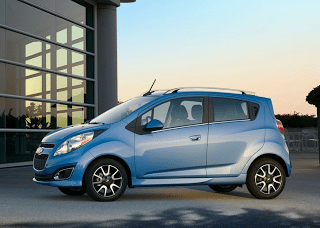 Growth in what was the steadily shrinking full-size SUV market continues to outpace the industry’s improvement. New vehicle sales in America grew 16.8% in August and are up 9.5% this year.

GM’s market share in the category stood at 74% last month. Only 11% of the market isn’t owned by General Motors or Ford. Expedition sales slid 1% in August and are down 4% this year.

The best-selling SUV in the category is still the Chevrolet Tahoe. Its nearest rival both in August and so far this year is its big brother, the Chevrolet Suburban, 2815 units back last month.

You can click any model name in the table below to find historical monthly and yearly U.S. sales data. You can also select a make and model at GCBC’s Sales Stats page. This table is now sortable, so you can rank large SUVs any which way you like. Suggestions on how GCBC should break down segments can be passed on through the Contact page.