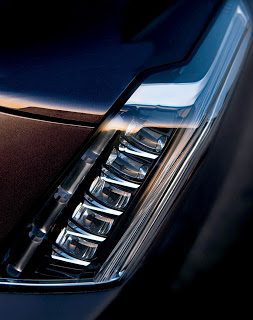 Mercedes-Benz USA reported its seventh monthly year-over-year increase in GL-Class volume in September 2013, the ninth month of the year. Mercedes-Benz is on pace to sell more than 30,000 GLs for the first time this year. The model’s previous high was 26,396 in pre-recession 2007, the nameplate’s second year of availability.

Sales of the more costly Range Rover rose 23% in September. The Range Rover outsold the Lexus LX570 and Toyota Land Cruiser, combined, and with ease, as it normally does. Land Rover has already sold more Range Rovers in the first three quarters of 2013 than in all of 2009 and in all of 2012.

The eight SUVs seen in the accompanying chart and table were responsible for 0.65% of the U.S. auto industry’s September 2013 volume.

You can click any model name in the table below to find historical monthly and yearly U.S. auto sales data. You can also select a make and model at GCBC’s Sales Stats page. This table is now sortable, so you can rank large luxury SUVs any which way you like. Suggestions on how GCBC should break down segments can be passed on through the Contact page.