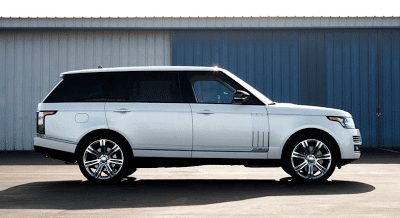 Americans registered 267% more new Range Rovers in November 2013 than in November 2012, and they did so despite the lack of a hilarious comedian portraying an out-of-touch broadcaster in Land Rover commercials on YouTube.

Undoubtedly, one big reason for the Range Rover’s increase was the dearth of Range Rover sales a year ago, when the model was in a run-out phase. (Likewise, Dodge Durango sales, while not in a run-out phase, were falling to terrible lows last year, making huge increases this year easier to come by for what was and is a decent product.)

Even by the standards of high volume luxury SUVs, the Range Rover isn’t that rare. Yes, the Mercedes-Benz GL-Class sold more than twice as often in November, in what was a slower month for the big GL. But it costs $20,000 less than the Rangie in base trim.