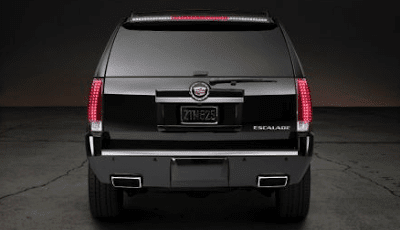 Sales of Cadillac cars rose 91% in May. Despite the anticipated decline in CTS volume, as the old car departs and the new car is planned for arrival, the ATS and XTS have driven Cadillac car sales up 96% in the first five months of 2013.

Excluding the Sprinter, the G-Class and GL-Class accounted for 10.8% of Mercedes-Benz sales in May. 11.9% of Infiniti sales in May came from the QX56. Jaguar-Land Rover relied on the Range Rover for 19.1% of their May sales.

By Lexus standards, the LX570 is exceedingly rare. Only 1.6% of all the Lexus cars and SUVs sold in May were LX570s. Indeed, the LX is rare by almost any standard.

The LX is priced in the Range Rover’s company, starting $17,785 above the Escalade’s base price and $20,180 beyond the Infiniti QX56. The big QX is priced more in line with the BMW X6, although their cabins don’t have a similar number of seats.

You can click any model name in the tables below to find historical monthly and yearly U.S. sales data. You can also select a make and model at GCBC’s Sales Stats page. This table is now sortable, so you can rank large luxury SUVs any which way you like. Suggestions on how GCBC should break down segments can be passed on through the Contact page.