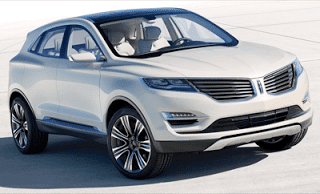 0.6% of the new vehicles sold in the United States in March 2013 are represented in this large luxury SUV sales post.

First quarter sales of the Cadillac Escalade trio, Infiniti QX56, and Lexus LX570 are down this year, as well. The Escalade EXT, which accounted for 7.5% of overall Escalade sales a year ago, is now responsible for 11.2% of Escalade volume. EXT sales are up 45.7% this year. Sales of Escalades-without-beds are down 7.1%. The EXT is America’s twelfth-best-selling pickup truck in 2013.

You can click any model name in the table below to find historical monthly and yearly U.S. (and Canadian) sales data. You can also select a make and model at GCBC’s Sales Stats page. The table is now sortable, so you can rank U.S. luxury SUVs any which way you like. Suggestions on how GCBC should break down segments can be passed on through the Contact page.