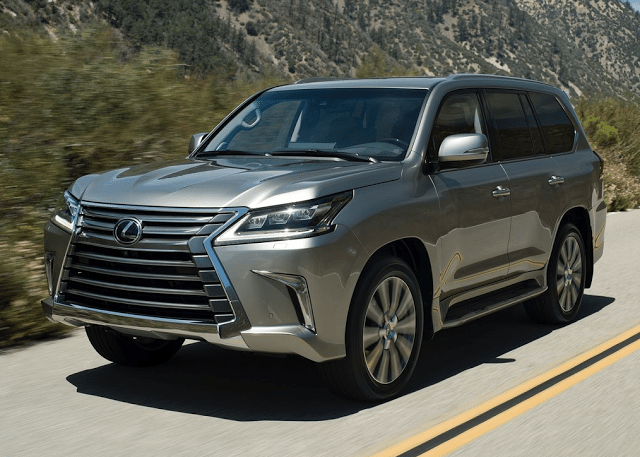 Large luxury SUV flagships slid by a modest 1% in August 2015 but through the first eight months of 2015 are wildly more popular this year than last.

It appears unlikely, however, that Cadillac will be able to match the Escalade’s 2014 sales pace over the remainder of 2015.

Total Escalade volume jumped 84% through the first five months of 2015, a year-over-year comparison which takes into account a new Escalade vs. old Escalade contrast, but sales of Cadillac’s big bruiser declined in June, July, and August, during a new Escalade vs. newly launched Escalade period.

But the only two vehicles in the category shown below declining through the first eight months of 2015 are the two which will be replaced by refreshed versions for the 2016 model year. Lexus LX sales are down by 414 units this year; its Land Cruiser sibling has lost 327 sales.

The new Lexus LX is pictured above. It is… frightening.