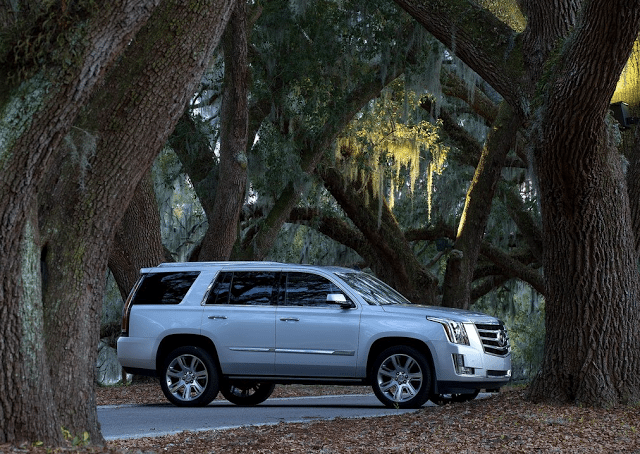 U.S. sales of flagship luxury SUVs in April 2015 shot up 32% thanks in large part to the massive gains reported by the Cadillac Escalade.

Sales of the regular-wheelbase Escalade increased by 1068 units compared with April of last year; Escalade ESV sales grew by 844 units.

Keep in mind, at this time a year ago, Escalade sales were falling sharply in the lead-up to the latest model’s launch. Compared with April 2013, however, total Escalade sales last month were still far better: up 86%.

Through the first one-third of 2015, U.S. sales of the Land Rover Range Rover have increased 52%. Range Rover sales improved in each of the last two years. Lincoln Navigator volume, which rose to a six-year high in 2014, is up 70% year-to-date.