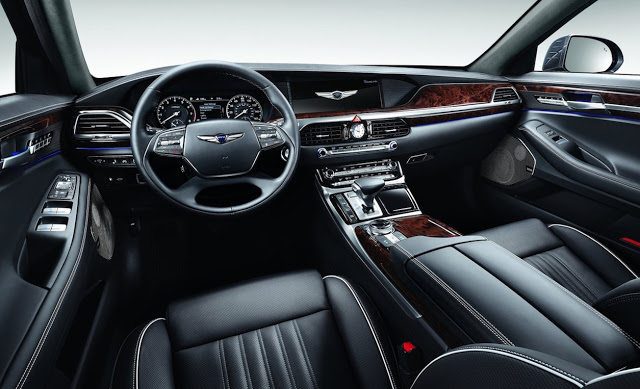 U.S. sales of full-size luxury flagship sedans jumped 6% in September 2016 despite a slight downturn in overall new vehicle sales and a sharp decrease in sales of passenger cars.

Propelled by a 796% year-over-year improvement from the BMW 7-Series, which was transitioning into a new generation at this time last year, the segment gained a few hundred sales. Maserati Quattroporte sales grew as well, while BMW’s 6-Series, a less direct competitor for big sedans in this segment, added 11 units. Hyundai also began selling the flagship of its new luxury brand, the Genesis G90.

Although we linked the Hyundai Equus with midsize luxury cars on pricing and status grounds, the second-generation Equus, aka the Genesis G90, operates out of a fully premium lineup with a price tag nearly as lofty as the Lexus LS and Jaguar XJ.

Source: Automakers & ANDC
GCBC isn’t here to break down segments, an impossible task for any group, but to display sales data for the sake of comparison. The BMW 6-Series is listed here as it now features a “mainstream” sedan bodystyle in addition to its two-door variants, just like the larger S-Class. You can always find the sales results for EVERY vehicle and form your own competitive sets by using the All Vehicle Rankings posts. Tesla, unfortunately, doesn’t release model-specific monthly U.S. sales data, but HybridCars.com estimates 4100 September Tesla Model S sales, 21,400 YTD.
The Kia K900, Cadillac XTS, Lincoln Continental, and Cadillac CT6 aren’t displayed here despite their size. Keep in mind that the Genesis G90, the least costly member of this group, is 27% more expensive than the CT6.