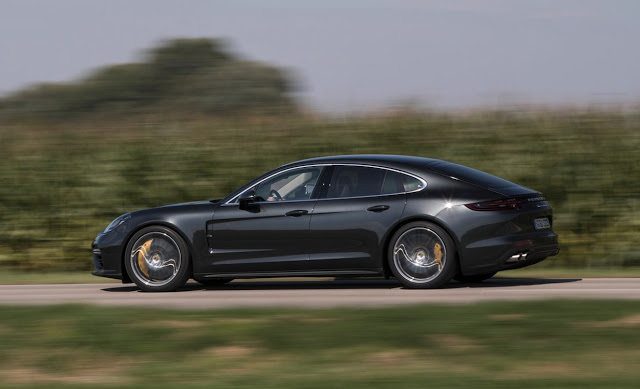 U.S. sales of full-size flagship luxury cars dipped precipitously during the first one-sixth of 2017 but recovered nicely with an 8% uptick in March 2017.

Thanks to the Mercedes-Benz S-Class’s 8% rise to 1434 units, the arrival of the new Porsche Panamera, and more growth from the new BMW 7-Series, and the inclusion of the Genesis G90 (the Hyundai Equus in a former life), sales across the category rose by roughly 330 units.

Tesla estimates from HybridCars.com suggests Tesla sold 3100 copies of the Model S in March, more than enough to outsell the S-Class, 7-Series, and Panamera combined.

That 3100-unit result for the Model S represents a three-month high but a 9% year-over-year decline.

Source: Automakers & ANDC
GCBC isn’t here to break down segments, an impossible task for any group, but to display sales data for the sake of comparison. The BMW 6-Series is listed here as it now features a “mainstream” sedan bodystyle in addition to its two-door variants, just like the larger S-Class. You can always find the sales results for EVERY vehicle and form your own competitive sets by using the All Vehicle Rankings posts. Sales data for brands such as Aston Martin, Ferrari, Lamborghini, Lotus, Rolls-Royce etc. are unfortunately not broken down by model. Tesla, unfortunately, doesn’t release model-specific monthly U.S. sales data, but HybridCars.com estimates 3100 March Tesla Model S sales, 6000 YTD.