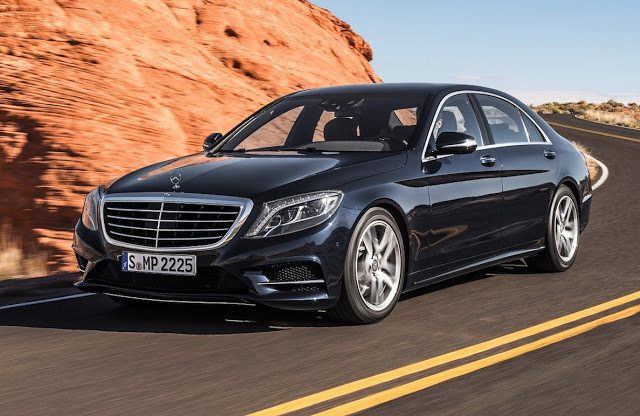 U.S. sales of full-size flagship luxury cars slid 12% in January 2017, a rate of decline in line with the drop reported by the American passenger car market overall.

The Mercedes-Benz S-Class, America’s top-selling large luxury car, fell just 5%. The much lower-volume Maserati Quattroporte was likewise down only 5%. The BMW 7-Series, a new candidate that until recently was surging, tumbled 36% to only 545 units.

The replacement for Lexus’ long-lived fourth-generation LS sedan was introduced at Detroit’s North American International Auto Show last month. Far from a major player now, the LS was a top-selling luxury limo as recently as 2009.

Could the next LS breathe new life into the segment?

Source: Automakers & ANDC
GCBC isn’t here to break down segments, an impossible task for any group, but to display sales data for the sake of comparison. The BMW 6-Series is listed here as it now features a “mainstream” sedan bodystyle in addition to its two-door variants, just like the larger S-Class. You can always find the sales results for EVERY vehicle and form your own competitive sets by using the All Vehicle Rankings posts. Sales data for brands such as Aston Martin, Ferrari, Lamborghini, Lotus, Rolls-Royce etc. are unfortunately not broken down by model. estimates say sales for those brands in the first month of 2017 were 87 and 15, respectively. Tesla, unfortunately, doesn’t release model-specific monthly U.S. sales data, but HybridCars.com estimates 1200 January Tesla Model S sales. Not lacking dimensions, the Cadillac CT6, Lincoln Continental, and Kia K900 are not listed here because of distinctly lower price spectrums.