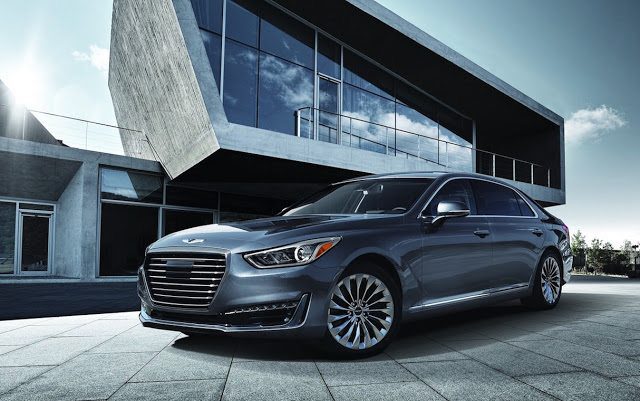 An exceptionally strong month of sales for the Porsche Panamera; year-over-year increases from the BMW 7-Series, Jaguar XJ, and Maserati Quattroporte; 316 additional sales from the Genesis G90; and a 12% uptick from the class-leading Mercedes-Benz S-Class drove U.S. sales of conventional flagship luxury cars up 29% to more than 5200 units in April 2017.

This was the first 5K+ month of the year for the segment. April 2017 was the best month ever for the Porsche Panamera, newly launched in second-gen form. It was also the best month for S-Class sales this year.

On the flip side, April represented a five-month low for the Genesis G90, which was known as the Hyundai Equus in its first iteration.

Audi A8 sales have now declined in ten of the last twelve months. The outgoing Lexus LS, awaiting its replacement in Lexus showrooms, has now reported decreasing U.S. volume in 11 consecutive months.

Source: Automakers & ANDC
GCBC isn’t here to break down segments, an impossible task for any group, but to display sales data for the sake of comparison. The BMW 6-Series is listed here as it now features a “mainstream” sedan bodystyle in addition to its two-door variants, just like the larger S-Class. You can always find the sales results for EVERY vehicle and form your own competitive sets by using the All Vehicle Rankings posts. Sales data for brands such as Aston Martin, Ferrari, Lamborghini, Lotus, Rolls-Royce etc. are unfortunately not broken down by model. Tesla, unfortunately, doesn’t release model-specific monthly U.S. sales data, but HybridCars.com estimates 1200 April Tesla Model S sales, 7200 YTD.