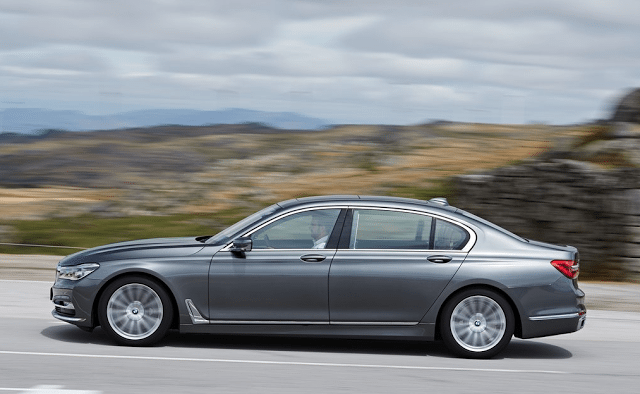 BMW 7-Series sales are beginning to recover in the United States now that the company is transitioning into the sixth-generation G11 car for model year 2016. 7-Series sales in 2015 fell to a six-year low with less than 10,000 units sold for a second consecutive year. Between 2002 and 2015, U.S. 7-Series sales plunged 58%.

Nevertheless, U.S. sales of the Mercedes-Benz S-Class, even in a poor month for the S-Class, were significantly more numerous. S-Class volume fell 19% to 1277 units, or 50% more volume than the second-ranked 7-Series managed.

Together, they accounted for nearly six out of every ten cars sold in their category, or an even larger market share figure if you remove the BMW 6-Series, a hugely expensive but less spacious car also sold as a coupe and convertible.

For Mercedes-Benz, the 1277 S-Class sedans and coupes sold in January is likely greater than the total number of sales the Audi A8, Jaguar XJ, or Porsche Panamera will achieve in 2016’s first quarter.

Source: Automakers & ANDC
GCBC isn’t here to break down segments, an impossible task for any group, but to display sales data for the sake of comparison. You can always find the sales results for EVERY vehicle and form your own competitive sets by using the All Vehicle Rankings posts.
Sales data for brands such as Aston Martin, Ferrari, Lamborghini, Lotus, Rolls-Royce etc. are unfortunately not broken down by model. estimates say sales for Aston Martin and Lotus in January 2016 were 86 and 4, respectively. Totals for some brands which don’t list model breakdowns can be seen here.
Tesla, unfortunately, doesn’t release model-specific monthly U.S. sales data, but we source estimates from HybridCars.com. Model S sales estimate: down 13.3% to 1300.