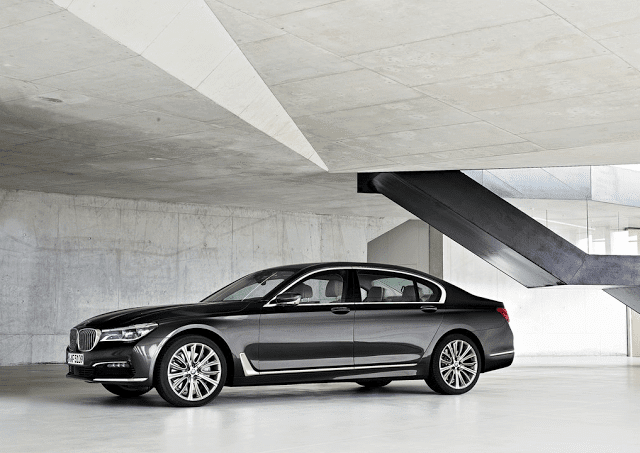 Although sales in its category continue to decline even during a spectacular month for the overall U.S. auto industry, the class-leading Mercedes-Benz S-Class posted a 2.5% increase to nearly 2000 sales in September 2015.

None of its direct rivals produce anything like the S-Class’s demand in the United States. Combined, the Audi A8, BMW 7-Series, Jaguar XJ, Lexus LS, and Porsche Panamera generated 1895 combined sales in September 2015, 61 fewer than the S-Class.

Granted, the S-Class’s typical top challenger, the BMW 7-Series, is transitioning between generations.

But not since 2002 has the 7-Series sold as well as the S-Class is selling now.

As of the first day or two of October, Mercedes-Benz had already topped the 16,000-unit mark with the S-Class in 2015, with three months remaining on the calendar, including December, when S-Class sales will likely reach their annual peak.

medianet_width=’468′; medianet_height= ’60’; medianet_crid=’481536334′;
You can click any model name in the tables below to find historical monthly and yearly U.S. auto sales data. You can also select a make and model at GCBC’s Sales Stats page. This table is now sortable, so you can rank large luxury cars any which way you like. Suggestions on how GCBC should break down segments can be passed on through the Contact page.

Source: Automakers & ANDC
GCBC isn’t here to break down segments, an impossible task for any group, but to display sales data for the sake of comparison. The more ways sales data can be displayed, the better. This explains why you’ll see the the A7 and CLS here but also with midsize luxury cars… because readers have wanted it both ways. You can always find the sales results for EVERY vehicle and form your own competitive sets by using the All Vehicle Rankings posts. Sales data for brands such as Aston Martin, Ferrari, Lamborghini, Lotus, Rolls-Royce etc. are unfortunately not broken down by model. estimates say sales for Aston Martin and Lotus in the first nine months of 2015 were 765 and 113, respectively. The Wall Street Journal reports 1709 year-to-date Ferrari sales, 801 Lamborghini sales, and 636 Rolls-Royce sales. Tesla, unfortunately, doesn’t release model-specific monthly U.S. sales data, but Automotive News now issues estimates for the brand, and those estimates say Tesla sold 1700 cars in September; 15,300 YTD. HybridCars.com estimates 2400 August Model S sales; 17,700 YTD.