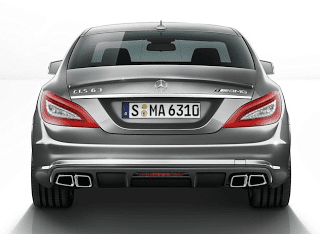 Not since May 2013 has the Mercedes-Benz S-Class been America’s favourite large luxury sedan. Mercedes’ replacement phase for the S-Class will make it difficult for the company’s flagship sedan to repeat as the premium leader.

The S-Class was beaten by all its rivals in September, though not if we open our minds to include the much less costly Hyundai Equus in the class. Equus sales rose to their second highest level in September. At 371 units, only August 2013’s 435-unit performance was better.

The BMW 7-Series has a current base price of $74,000. Current S-Class pricing has the base car at $92,900, although greater availability of models will bring that down somewhat. The Equus starts at $61,000.

Perhaps due in part to poor S-Class availability, sales of Mercedes-Benz’s $72,100-$106,500 CLS-Class increased 28% in September 2013. September marked the first time Mercedes-Benz USA has sold more than 800 CLS sedans in a single month since August of last year.

You can click any model name in the table below to find historical monthly and yearly U.S. auto sales data. You can also select a make and model at GCBC’s Sales Stats page. This table is now sortable, so you can rank large luxury cars any which way you like. Suggestions on how GCBC should break down segments can be passed on through the Contact page.

Source: Automakers & ANDC
* vehicle also displayed in another GCBC segment breakdown
GCBC isn’t here to break down segments, an impossible task for any group, but to display sales data for the sake of comparison. The more ways sales data can be displayed, the better, right? This explains why you’ll see the 6-Series here but also with premium sports cars; the A7 and CLS here but also with midsize luxury cars… because readers have wanted it both ways. You can always find the sales results for EVERY vehicle and form your own competitive sets by using the All Vehicle Rankings posts. Sales data for brands such as Aston Martin, Ferrari, Lamborghini, Lotus, Maybach, Rolls-Royce etc. are unfortunately not broken down by model. estimates say sales for those brands in the first nine months of 2013 were 621,1458, 414,198, 0, and 756, respectively. Bentley sold 1859 cars from January through September; Maserati 2241, and reportedly, Tesla had risen to 14,250 units through nine months. Tesla, unfortunately, doesn’t release model-specific monthly U.S. sales data.