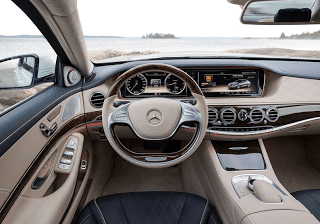 Although November 2013 had one more selling day than November 2012, although Mercedes-Benz S-Class sales once again rose to wild heights, although the auto industry as a whole sold nearly 100,000 more vehicles, U.S. sales of luxury flagships (and three tweener siblings) fell ever so slightly last month.

In October, Porsche Panamera sales increased for the first time since last December. On its way back? Nope. U.S. Panamera sales plunged sharply in November 2013. The Panamera wasn’t pretty to begin with, and not it’s ugly and old, despite a recent refresh.

Sales of the BMW 7-Series, always prone to fluctuation, slid 34% in November.

Its similarly costly coupe/convertible/sedan sibling, the 6-Series, was off November 2012’s pace by 21%.

Sales of Audi’s biggest sedan, the A8, fell 7%, equal to a loss of 38 units. Audi’s A7, which sits below the A8 but certainly has a price range befitting a large luxury car, more than made up for the A8’s decline with an extra 163 sales.

But the S-Class, oh the new S-Class, increased from what would have been a class-leading 1374 sales to 1907. That’s 1907 U.S. sales, in one month, of a car which starts at $92,900. With a Sport Package,  Premium Package, Rear Seat Package (which certainly seems necessary), nicer paint, nicer leather, nicer audio, Magic Body Control (you gonna reject magic?), the base S-Class rises above $136,000. It bears repeating: Mercedes-Benz sold 1907 of these cars in America in November after selling 1914 in October.

And yet, before large luxury SUVs completely ruled the roost, Mercedes-Benz USA sold an average of 2574 S-Class sedans per month in 2006.

Source: Automakers & ANDC
GCBC isn’t here to break down segments, an impossible task for any group, but to display sales data for the sake of comparison. The more ways sales data can be displayed, the better, right? This explains why you’ll see the 6-Series here but also with premium sports cars; the A7 and CLS here but also with midsize luxury cars… because readers have wanted it both ways. You can always find the sales results for EVERY vehicle and form your own competitive sets by using the All Vehicle Rankings posts. Sales data for brands such as Aston Martin, Ferrari, Lamborghini, Lotus, Maybach, Rolls-Royce etc. are unfortunately not broken down by model. estimates say sales for those brands in the first eleven months of 2013 were 759, 1782, 506, 242, zero, and 924, respectively. Bentley sales are up 21% to 2519 this year; Maserati sold 3715 cars in the first eleven months of 2013, up 55%, and reportedly, Tesla Model S sales had risen to 15,550 through ten months. Tesla, unfortunately, doesn’t release model-specific monthly U.S. sales data.