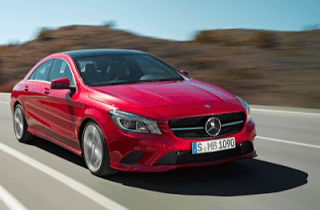 Mercedes-Benz USA made the S-Class America’s best-selling large luxury car for the second consecutive month in March 2013. Because of Lexus’s big LS sales month in January, the S-Class’s lead over the LS is only 217-units strong through the first quarter.

At this point last year, the S-Class trailed the BMW 7-Series by 821 units. But the 7-Series, which didn’t end 2012 as the class leader, is down 31% this year. Surely the advent of the the 6-Series sedan, a car BMW calls the 6-Series Gran Coupe, hinders the 7-Series’ somewhat.

To buyers interested in far less costly big sedans, the Cadillac XTS appears to be a far more attractive proposition than the Lincoln MKS. The MKS starts a couple thousand below the XTS and doesn’t reach as far north, either. Hyundai’s more conventional large luxury car layout in the Equus brings with it a significantly higher base price than you’ll find in the XTS and MKS.

You can click any model name in the tables below to find historical monthly and yearly U.S. (and Canadian) sales data. You can also select a make and model at GCBC’s Sales Stats page. These tables are now are sortable, so you can rank U.S. large luxury cars any which way you like. Suggestions on how GCBC should break down segments can be passed on through the Contact page.