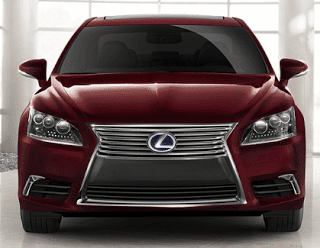 Surging LS sales propelled the biggest Lexus to a segment victory in January 2013. The Lexus LS has a big advantage over cars like the similarly-popular Mercedes-Benz S-Class. Its base price, $71,990, is $23,010 lower than the base price of Mercedes-Benz’s least expensive V8 S-Class.

In fact, the LS’s price puts it closer to the Hyundai Equus (shown in a separate table below with other not-quite-Panamera-fighting-sedans) than it is to the S-Class. The same could be said of the Jaguar XJ, Audi A8

In this and other segment breakdowns, GoodCarBadCar has made some changes so observers can see all possible comparables in one place. In this large luxury car sales post, however, the accompanying chart does not include the four sub-$60K cars which, on pricing grounds, GCBC also displays with midsize luxury cars.

The tables below are now sortable – click any column’s header to arrange by volume or year-over-year change. As always, you can click any model name to find historical monthly and yearly sales figures.

Source: Manufacturers & ANDC
* Indicates a vehicle that is also shown in another GCBC segment breakdown