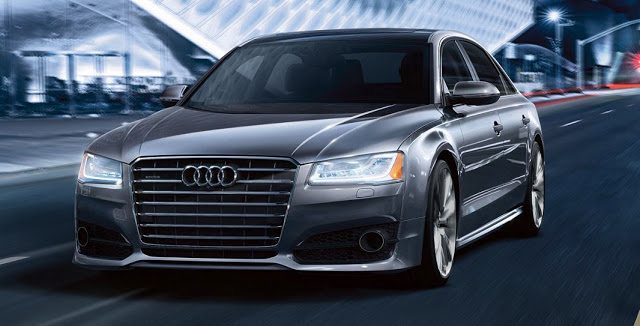 The Mercedes-Benz S-Class continued to lead America’s core full-size luxury limo class in February 2017, but sales were down 36% in a category which tumbled 20%.

It was a nearly universal problem. HybridCars.com says sales of the Tesla Model S – an indirect rival – slid 11%, as well. The Audi A8 stood out because of a 15% uptick. Sales of the new BMW 7-Series rose 1%. But those gains added only 40 sales to the ledger.

The Genesis G90, not included in this group by GCBC when it was previously the Hyundai Equus, also added 327 sales to the mix, with the G90 outperforming the A8, Jaguar XJ, Lexus LS, and much more costly Maserati Quattroporte.

Down a notch or two in terms of base MSRP, Cadillac sold 802 CT6s in February, the second consecutive three-digit sales month for the CT6 after Cadillac averaged nearly 1300 sales in each of the five previous months. Lincoln Continental sales fell to 1079 units in February, a five-month low.

Source: Automakers & ANDC
GCBC isn’t here to break down segments, an impossible task for any group, but to display sales data for the sake of comparison. The BMW 6-Series is listed here as it now features a “mainstream” sedan bodystyle in addition to its two-door variants, just like the larger S-Class. You can always find the sales results for EVERY vehicle and form your own competitive sets by using the All Vehicle Rankings posts. Sales data for brands such as Aston Martin, Ferrari, Lamborghini, Lotus, Rolls-Royce etc. are unfortunately not broken down by model. Tesla, unfortunately, doesn’t release model-specific monthly U.S. sales data, but HybridCars.com estimates 1700 February Tesla Model S sales, 2900 YTD, down 11% and 9%, respectively.