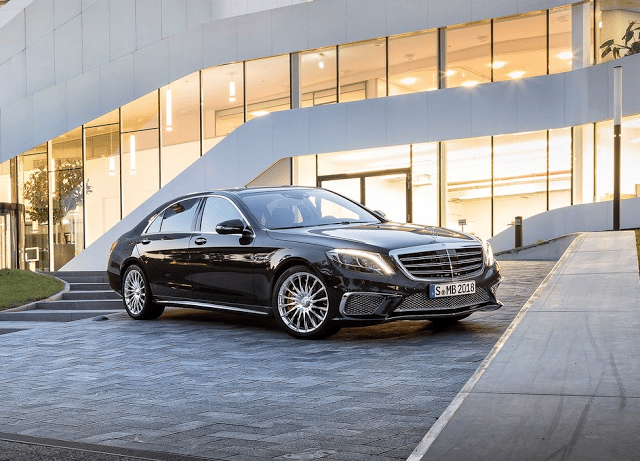 Americans bought a lot of vehicles from luxury brands in 2015.

BMW, Lexus, Mercedes-Benz, and Audi – the four highest-volume upmarket brands in America – all set annual U.S. sales records in 2015. Got that? Never before have they sold as many new vehicles in America as they did in 2015.

During the year in which the auto industry’s 40-odd auto brands combined to set an industry-wide volume record, only a baker’s dozen brands set their own records. (Land Rover and Porsche were the only other premium brands to do so.)

Yet while the industry surged and many of their parent brands reached new heights, flagship luxury cars all tumbled. The Audi A8? Down 16%. The BMW 7-Series? Down 5%. The Jaguar XJ? Down 17%. The Lexus LS? Down 16%. The Porsche Panamera? Down 13%.

The Mercedes-Benz S-Class, the segment’s top seller? Down 13%.

For the S-Class, this represents a more distinct loss of sales, so high was its total in 2014. Mercedes-Benz dealers lost 3342 S-Class sales in 2015.

Source: Automakers & ANDC
GCBC isn’t here to break down segments, an impossible task for any group, but to display sales data for the sake of comparison. The more ways sales data can be displayed, the better, right? This explains why you’ll see the the A7 and CLS here but also with midsize luxury cars… because readers have wanted it both ways. You can always find the sales results for EVERY vehicle and form your own competitive sets by using the All Vehicle Rankings posts. Sales data for brands such as Aston Martin and Lotus are unfortunately not broken down by model. estimates say sales for those brands in 2015 were 1020 and 80, respectively. Ferrari, according to the WSJ, sold 2124 cars in 2015. Lamborghini sales totalled 1009 units. Rolls-Royce sold 840 cars; Bentley 2686; Maserati 11,697.  Tesla, unfortunately, doesn’t release model-specific monthly U.S. sales data, but HybridCars.com estimates 26,400 Tesla Model S sales in 2015, 3500 in December.