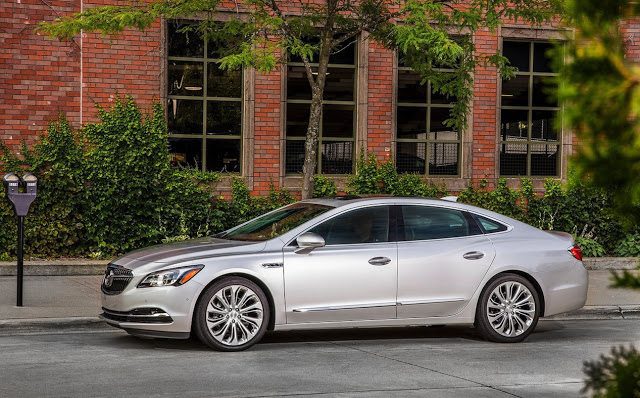 Only 1348 copies of the LaCrosse were sold in the United States in February 2017, the second consecutive month with fewer than 1400 LaCrosse sales in America. Only three years ago, Buick was selling 4300 LaCrosses per month.

Seven years ago, still suffering from auto sales doldrums, the U.S. auto industry included 5100 LaCrosse sales per month. In 2017, of course, car sales are falling rapidly as the market turns toward SUVs/crossovers just in time for a new LaCrosse introduction. But the LaCrosse is the new competitor in the field. Moreover, the LaCrosse’s competitors are down just 20%, year-over-year.

But LaCrosse sales continue to plummet, and Buick now has nearly one year’s worth of LaCrosse supply.

Meanwhile, a Buick LaCrosse relative, the Chevrolet Impala, led America’s full-size sedan segment despite a 22% drop in February. Elsewhere, nearly every car in the category lost volume, year-over-year, aside from the Chrysler 300’s 1.5% uptick and a 50% increase in Chevrolet SS sales as the model nears its death.