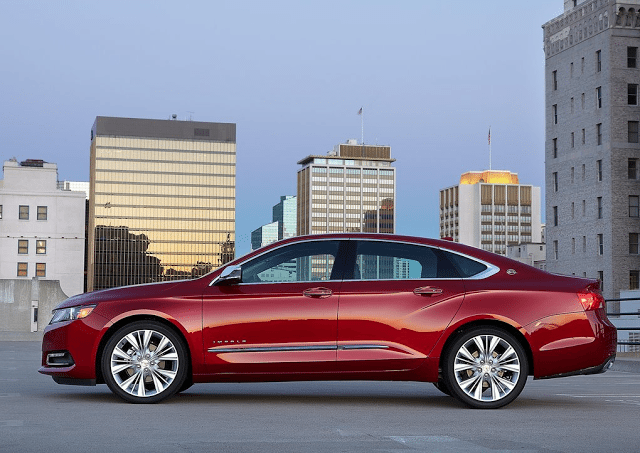 As the U.S. auto industry surged to a massive September with more than 1.44 million new vehicle sales, even car sales increased, an increasingly unusual turn of events.

But among full-size cars from volume brands, sales continued to decline in September 2015.

The 2% drop in volume equals a 6% loss in terms of daily sales – September 2015 was a longer month for the industry and included Labour Day weekend sales this year, unlike last year. 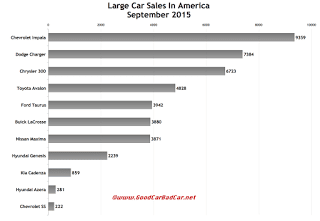 There were exceptions to the declining rule, which even continued to take down the newly launched Nissan Maxima. Chrysler 300 volume rose 41% last month. The Buick LaCrosse jumped 7%.