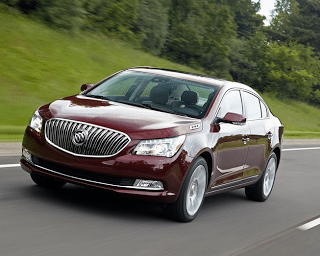 Overall, the large car category is up 2.2% through the first three quarters of 2013 as the Buick Lucerne’s departure has been more than made up for by the arrival of the Kia Cadenza. However, in September, sales of the Cadenza fell 45% compared with August while sales of its Hyundai twin, the Azera, jumped 67% YOY and 66% compared with August.

As a result of the big increases reported by the Charger, Avalon, and Azera, the large car segment posted a 5.2% year-over-year increase to 49,311 units in the month of September. This occurred even as the overall market fell 4.4% in an abbreviated month which saw two fewer selling days than the same month in the prior year.

You can click any model name in the table below to find historical monthly and yearly U.S. auto sales data. You can also select a make and model at GCBC’s Sales Stats page. This table is now sortable, so you can rank large cars any which way you like. Suggestions on how GCBC should break down segments can be passed on through the Contact page.