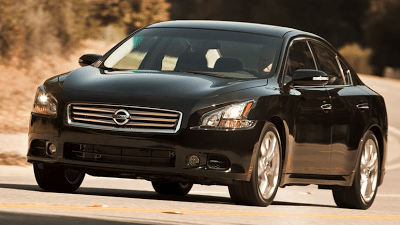 The Maxima isn’t having a good year – sales are down 14% compared with the first eleven months of 2012 – and 2013’s slow sales come after Maxima volume fell below 70,000 annual units for the seventh consecutive time. 2013 will be the eighth year below 70,000 annual Maxima sales for Nissan USA.

Still, when looking at November alone, the Nissan Maxima looked like a successful large car, outselling the trio of Hyundai-Kia products (sales of which include the Genesis Coupe, by Hyundai’s choice) by a two-to-one ratio.

Chevrolet sold nearly 14,300 Impalas per month in 2011 and more than 22,000 Impalas per month in 2008. Yes, the new car is on a different mission; a more premium-oriented mission. But for Chevrolet dealers who are also selling fewer Malibus, Camaros, and Volts, collecting fewer sales of their most expensive cars has got to be troubling, regardless of how many Sparks and Sonics they sell. The SS? Probably not the answer.