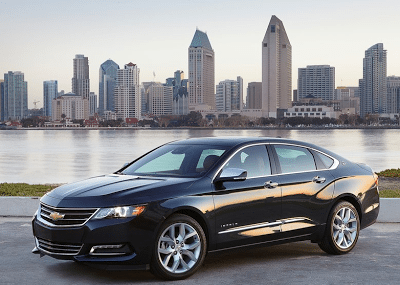 Despite the addition of 1001 extra sales via the Kia Cadenza and a car market which grew 7% in June, large cars didn’t generate as many sales as they did at this time in 2012.

The segment’s loss of 62 sales wouldn’t mean much if it weren’t for the fact that, as was already mentioned, car sales are rising, as is the overall market.

Nor would it be a problem if there weren’t new Korean-badged products which should be helping to increase the segment’s sway.

Three-quarters of the category’s volume was generated by Detroit brands. 757 of the Ford Taurus’s sales came from the Police Interceptor sedan – non-police Taurus sales rose 5.9% in June.

You can click any model name in the tables below to find historical monthly and yearly U.S. sales data. You can also select a make and model at GCBC’s Sales Stats page. These tables are now sortable, so you can rank large cars any which way you like. Suggestions on how GCBC should break down segments can be passed on through the Contact page.

Source: Manufacturers
Buick LaCrosse and Lucerne sales figures were previously switched but were corrected at 5:00 PM AT on 07.10.2013
GCBC isn’t here to break down segments, an impossible task for any group, but to display sales data for the sake of comparison. The more ways sales data can be displayed, the better, right? You can always find the sales results for EVERY vehicle and form your own competitive sets by using the All Vehicle Rankings posts.