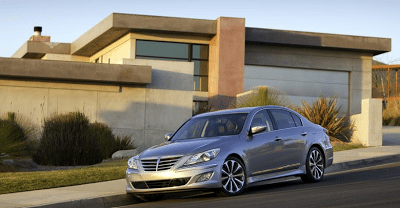 11% of the passenger cars sold by Buick, Chevrolet, Chrysler, Dodge, Ford, Hyundai, Kia, Nissan, and Toyota in the United States in July 2013 were their biggest, most costly cars.

At Chevrolet, 18% of the brand’s car sales total came from the recently-refreshed Impala. 42% of the volume generated by Buick’s three-model car division came from the LaCrosse. Chrysler’s Chrysler brand attracted 32% of its clientele with the 300; Dodge got 24% from the Charger. 12% of Ford’s July car buyers drove away in a Taurus – 12% of Taurus buyers were police departments.

Only 7% of Hyundai car buyers opted for an Azera or Genesis, sales figures for which take the Genesis Coupe into account. (That’s Hyundai’s decision.) Less than 5% of Kia’s car buyers chose a Cadenza, less than 7% of Nissan’s car buyers chose a Maxima, and precisely 6% of Toyota’s car sales occurred because of the Avalon.

You can click any model name in the tables below to find historical monthly and yearly U.S. sales data. You can also select a make and model at GCBC’s Sales Stats page. This table is now sortable, so you can rank large cars any which way you like. Suggestions on how GCBC should break down segments can be passed on through the Contact page.