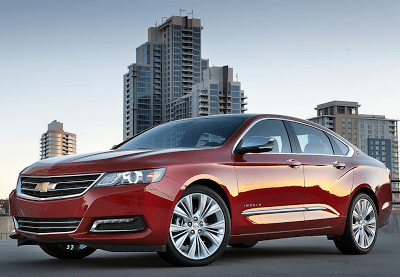 Although its market share in the large car category was sharply reduced in 2013, the Chevrolet Impala was still America’s best-selling big car over the last twelve months.

Challenged more closely by the rising Dodge Charger, the Impala – which GM hopes to use in a more retail-friendly fashion – outsold its nearest rival by nearly 60,000 units in 2013.

More recently, however, the gap was much narrower: just 488 units in December, for example.

Overall, the category enjoyed a surge in 2013 thanks to new models from Kia and Toyota. Exclude the Cadenza and the increase in Avalon sales and large cars would have fallen 3%.