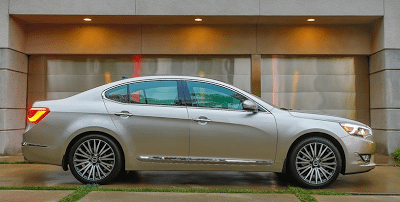 Sales of most mainstream brand large cars slid in the United States in April 2013, and many nameplates slid rather sharply.

The Chevrolet Impala, in the midst of a replacement phase, was down 27%. The Chrysler 300, Hyundai Genesis (sales of which include the Coupe, frustratingly), and Nissan Maxima all posted declines worse than 22%.

You can click any model name in the tables below to find historical monthly and yearly U.S. sales data. You can also select a make and model at GCBC’s Sales Stats page. These tables are now sortable, so you can rank U.S. large car sales any which way you like. Suggestions on how GCBC should break down segments can be passed on through the Contact page.