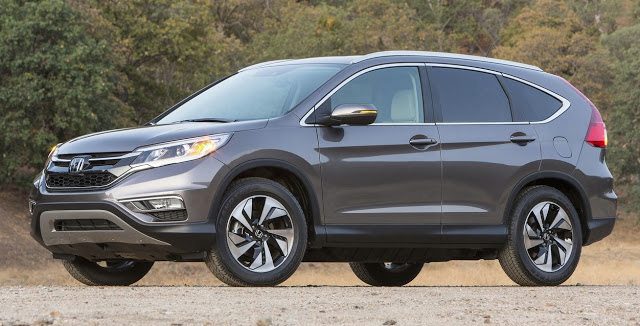 The Toyota RAV4, America’s top-selling SUV/crossover in each of 2016’s first five months, surrendered its crown to a perennial favourite in June 2016.

Closer challenges came from the Nissan Rogue and Ford Escape, both of which jumped by more than 20% to land within 612 units of the CR-V, America’s best-selling utility vehicle in each of the last four years.

No premium brand vehicle managed to crack June’s list of the 20 most popular utility vehicles in America. There were, however, five Jeeps, including the newest Renegade and the soon-to-be-replaced Patriot. The Patriot recorded its best month of June ever, with 12,050 sales, a 24% year-over-year increase. The Wrangler and Compass produced best-ever June results, as well, with the Wrangler claiming sixth spot among utility vehicles in June.

Honda, Subaru, Toyota, and Hyundai-Kia all positioned two nameplates in the top 20. Twelve of the 20 top sellers sold more often this June than last. Among the most popular SUVs/crossovers in America in June, the Subaru Forester and Jeep Cherokee declines were worst.

Source: Automakers
The Subaru Outback and XV Crosstrek, formerly ranked with cars, are now eligible for best-selling SUV/crossover status on GCBC.
This post was updated at 6:58 AM PM on 07.02.2016 with Mazda CX-5 sales figures..