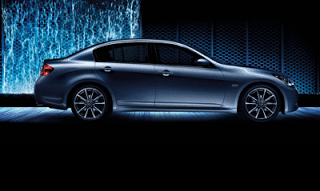 There’s a very good reason that explains why the Infiniti G was the worst-selling car in America in July 2013. The Infiniti EX and M? Not so much with the good excuses.

Infiniti is currently replacing the G sedan with the Q50, and the Q50’s arrival is slightly delayed. Who wants the old car when you can wait just a little longer to get the new car? (Infiniti thinks there will be some who’ll still want the old car, so they’ll sell it a while longer.)

Regardless, G inventory is low, the Q50 hasn’t arrived, and G sales consequently were more than chopped in half on a year-over-year basis. As for the M and EX, few buyers wanted them last July; fewer wanted one in July 2013.

But the Infiniti G still found 3410 buyers in July, 23 times greater volume than Volvo managed with the  S80. Judged purely on volume (as we do in the two lower tables below), the worst-selling vehicle in America in July 2013 was the Mitsubishi i MiEV. And taking very expensive – and often intentionally rare – vehicles into account, the Mercedes-Benz CL-Class’s rarity was indeed something to behold.

Historical monthly and yearly sales figures for any of July 2013’s worst-selling vehicles can always be accessed through the dropdown menu at GCBC’s Sales Stats page, and for those not viewing the mobile version of this site, near the top right of this page, as well.

Source: Manufacturers & ANDC
Vehicle must have been on sale in July 2013, must not have been officially cancelled by its manufacturer, and must have been showcased on manufacturer’s website through July 2013. Chevrolet’s Caprice PPV, Lexus LFA, Honda FCX are not eligible for this list. Sales by brands like Ferrari, Lamborghini, Lotus, Maserati, Rolls-Royce, and Bentley go unreported, unfortunately.
* In the near-term, for the purposes of the worst sellers list, GCBC will be viewing the Acura RL and RLX as one car. Indeed, Acura’s done the same with their sales release, so we’re left not knowing how many RLs were left to be sold.