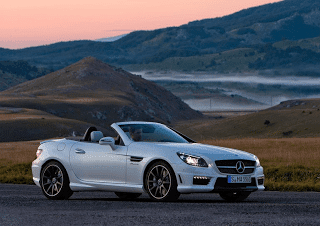 In what was already a rough end-of-lifecycle year, July 2012 was the worst month yet for the Porsche Cayman. Up until June, the odd Cayman was featured in a showroom with the odd Boxster or two. Now the new Boxster is here – and selling fast – and the older design of the hardtop Cayman renders it less desirable. Not that there are many Caymans to be had if you did find the car desirable. Cars.com shows only 41 in current Porsche USA inventory, nearly half of which are R models.

So only 14 Porsche Caymans were sold in America in July 2012, down 89% compared with July of last year. No car that’s still marketed suffered so great a year-over-year decline, although a potential Cayman competitor from Mercedes-Benz, the SLK, plunged from last July’s extraordinarily high 1115 units to 235 in July 2012, a 79% drop.

Historical monthly and yearly sales figures for all these models can be accessed through the first dropdown menu at GCBC’s Sales Stats home. Below, the 10 worst-selling cars in the United States in July 2012 were ranked three different ways.