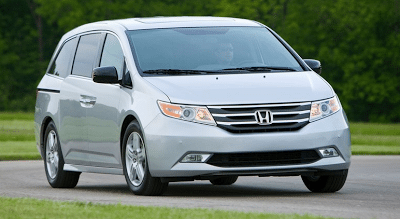 40% of the minivans sold in the United States in July 2012 were Chrysler-sold Town & Countrys and Grand Caravans. Neither the Chrysler T&C nor the Dodge Grand Caravan were America’s best-selling minivan last month – the Honda Odyssey was. Odyssey sales jumped 89% in July; Honda owned 27% of America’s minivan market. In all, Americans acquired 43,579 minivans in July, aside from the Ram Cargo Vans and Ford Transit Connects.

Chrysler’s minivan dominance is clear. Pickup truck dominance is something that’s routinely achieved by rival Ford with its F-Series, the best-selling vehicle in America. 33% of the trucks sold in the United States in July were full-size Fords. The disappearing Ranger has very nearly disappeared from new car showrooms: predictably, Ranger sales have fallen every month since October.

Historical monthly and yearly sales figures for every truck and minivan on sale in the United States can be found by accessing the first dropdown menu at GCBC’s Sales Stats home or near the top right of this page. After the jump you’ll find detailed July 2012 and year-to-date sales data for every minivan and truck which found buyers last month.